Home / Blog / Physical health / Part 2: Why poor employee engagement is killing your business (and your staff), and what you can do about it

Part 2: Why poor employee engagement is killing your business (and your staff), and what you can do about it 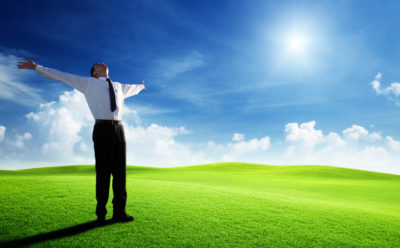 By Rob Finch at Step Jockey

Banning unhealthy foods from staff canteens and vending machines can be extremely unpopular and tends to lead ingenious staff to workarounds. And it’s often those who need the help the most who react to it most strongly (remember, the mums handing junk food through the school fence in defiance of a junk food ban?).

Focus on the unengaged majority

The same is true with many workplace fitness initiatives. The real aim of these programmes should be to engage the unfit majority, not provide freebies for the already healthy minority. Take onsite gyms, for example, a growing trend in many large workplaces because it’s an obvious thing to do. Despite the vast expense in setting them up, they are usually only used by a handful of already fit staff.

For the unfit, a gym is daunting place. The thought of having to exercise in front of colleagues in figure-hugging Lycra is beyond the pale. This issue can be particularly thorny for women, with gyms often seen as male-dominated, intimidating places. With obesity now affecting more women than men, it’s clear that a new approach is needed.

Acknowledging the dangers of enforcement, let people make choices for themselves but nevertheless ‘nudge’ them toward the healthy option.

Major global businesses such as Google and Apple are rewarding their staff by offering access to free healthy meals, snacks and juices all held within dynamic canteen spaces designed to encourage people to get up and move away from their desks and socialise at lunch time.

Similarly, many companies in the Square Mile are using StepJockey uses Smart Signs in their corporate office buildings. Employees at companies such as Lloyds of London, Legal and General and UBS are being seamlessly ‘nudged’ away from the lifts and towards the stairs. These nudges naturally encourage short bursts of ‘incidental’ exercise throughout the day and is inclusive as most people feel they are able to climb stairs.

Focus on the carrots (incentivisation works)

A study by Towers Watson proposes looking at a new model of ‘sustainable engagement’ in which work culture is viewed as a significant contributing factor towards good employee engagement. A supportive, well-being conscious culture which embraces employee’s real-world needs scores most highly.

It’s important for employers to create an environment which is conducive to health without putting pressure on people. One way of achieving this is by rewarding people for doing healthy things. The incentive itself could come in varying forms. For example:

In the decade or so since the smartphone revolution began, there has been a creative explosion of digital technology. Pioneers are now looking at how the thinking behind fun applications – such as the world-famous Farmville, Angry Birds and Candy Crush – could be used more practically to turn keeping healthy into a game accessible to the masses.

Meshing digital technology with behavioural economics theory is the key to creating a successful gamification initiative. To work well, the game must:

The key to boosting engagement and forming healthy new habits is commitment. Gamification can ingrain this commitment through collaboration and competition both at a personal level for the individual and as a collective within locations, functions, friendship groups, or simply random virtual teams.

Running a challenge where people can join with colleagues to form their own, often amusingly-named teams can really help build camaraderie and team spirit which can further the aims of any organisation’s engagement drive.

Research conducted for StepJockey showed that by using incentives and gaming, we could engage those hard-to-reach groups. Our trials showed that women, overweight people and those who exercise less than three times a week were the most likely to be engaged.

So, to build engagement in your organisation, just think about these five key points:

Getting the best from your ‘Gen Ys’