Recovery in the workplace– a focus on Mental Health First Aid 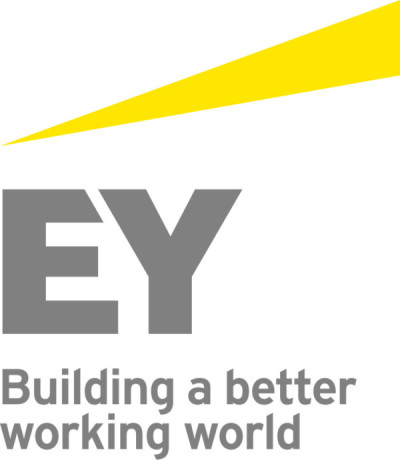 In September 2014, England’s Chief Medical Officer Dame Sally Davies released her annual report, focusing on mental health. The report looked at the cost of mental ill health to UK employers, with some 70 million working days lost per year, and the recommendation that organisations need to prioritise mental health when it comes to investing in their employees.

As a leading provider of mental health awareness training, Mental Health First Aid England (MHFA) has reported a marked increase in demand for workplace training over the past year. A successful Social Enterprise, whose mission it is to increase the nation’s mental health literacy, MHFA offers employers a cost effective way of tackling the issue of mental ill health in the workplace. The company’s CEO, Poppy Jaman explains:

“MHFA is an internationally recognised and robustly evaluated training course which teaches people to spot the first signs and symptoms of common mental health problems and guide the person who is experiencing a mental health issue to appropriate help. Evidence shows that early intervention has a positive impact on a person’s recovery and therefore many employers are viewing the importance of MHFA to their organisation, in much the same was as physical first aid is.”

One particular organisation which has been taking the health and wellbeing of its workforce very seriously is EY, a global professional services firm which employs over 14, 000 people in the UK and Ireland.

Like many businesses in recent months, EY has used the word ‘recovery’ to describe improving financial markets and the end of a recession. Increasingly though this large employer is referring to ‘recovery’ in a different context – that of mental health. Underpinning EY’s approach to mental health is the assumption that any employee affected by a mental health issue will be supported along their recovery journey.

With mental ill health now affecting 1 in 6 of the British workforce and the cost to UK business estimated at £26 billion per year, there is a clear need for employers to do more to protect, support and help their staff with mental health issues.

Through its wellbeing programme known as ‘Health EY’ and within this its ‘Thinking Differently’ programme which focusses specifically on mental health matters, the firm has placed mental health firmly on its wellbeing agenda, introducing a number of policies, initiatives and training courses to tackle this important issue. One of the key aspects of this programme has been the roll out of MHFA throughout the organisation. Employees are being trained to act as a first point of call for staff facing mental health challenges or seeking advice. The firm has also formed a mental health buddy scheme to provide an informal support network to anyone affected by a mental health condition.

Paul Quinlan, a Senior Manager in the Employee Relations team at EY explains the firm’s decision to invest in MHFA and says, “We wanted mental and physical health to hold equal weight in our wellbeing programme. We decided on MHFA because it had a clinical rigour that underpinned the training that we valued.”

After attending the standard two day MHFA course, participants are able to provide help on a first aid basis and effectively guide a person who is experiencing a mental health issue towards the right support services. In the case of EY, this might be signposting the person to the Psychological Care Pathway or suggesting a referral to the firm’s Occupational Health team. It might also just be having a friendly chat and reassuring the person that support is available.

Explaining how the firm promoted the training Quinlan says: “The course was offered to staff on a purely voluntary basis and we publicised it via our firm’s daily news email bulletin, the wellbeing intranet pages and the Disability Working Group and Mental Health Network. The uptake for MHFA training surpassed our expectations and the spaces filled up immediately. We now have 100 partners and staff trained in MHFA and with more courses booked, this number will continue to increase over time. ”

EY’s philosophy around wellbeing is based on the idea that there should be similar approaches to mental and physical health (sometimes described as parity of esteem). Quinlan explains, “In the same way that anyone can get a cold or flu, anyone can be affected by a mental health issue. In addition the common assumption is that most physical health problems are temporary and it’s generally expected the person will make a full recovery; whereas with mental health issues the perception tends to be the opposite. Our ‘Thinking Differently’ programme aims to educate and build awareness of mental health and wellness because we want caring for your own mental health and that of the people around you, to become business as usual at EY.”

In conclusion, EY has committed to delivering MHFA across the organisation for the foreseeable future and with such a big demand from staff for the training, it is clear there has been no need to persuade or cajole employees that mental health should be considered as important as physical health. Importantly, the support for MHFA has also been gained at Board level, the attitude of which is summed up by Steve Wilkinson EY’s UK & Ireland Managing Partner for client service, and Partner Sponsor of Health EY who says,

“Within our programme we have placed an increased emphasis on tackling the stigma of mental health, which is often viewed as the last workplace taboo. The introduction of mental health first aiders and a buddy system will supplement our existing employee networks, providing a great way to get people talking about an issue that affects over one in four people in the UK.”

We will be joined by speaker Martin Coyd, OBE, Regional Head of Environment, Health & Safety, Europe at Lendlease. Martin has experienced in effect ‘coming out twice’. Martin will broach the diversity topics of disability (especially mental health) and LGBT in some of the more macho cultures and will reflect on his experience in the military, construction and rugby league.

Prior to this Martin spent 11 years at Skanska where as Senior Health & Safety Manager. Before this Martin spent 18 years in the Royal Engineers serving in many and varied operational theatres around the world, finishing his time at the Royal School of Military Engineering.

We expect that Martin will be a very interesting speaker and we do hope you can join us.

How happy is your company?