The Priory Group – a survey on UK employees mental health

The Priory recently conducted a survey on UK employees and the research found that younger adults feel more stress with modern life. The survey also covers overtime habits, working late, the constant need to check work emails, and the effects it can have on mental wellbeing and home life.

Almost one quarter (20%) of respondents admit to showing signs of increased temper on a regular basis. Other frequent symptoms experienced by UK employees include:

People feel most guilty about – 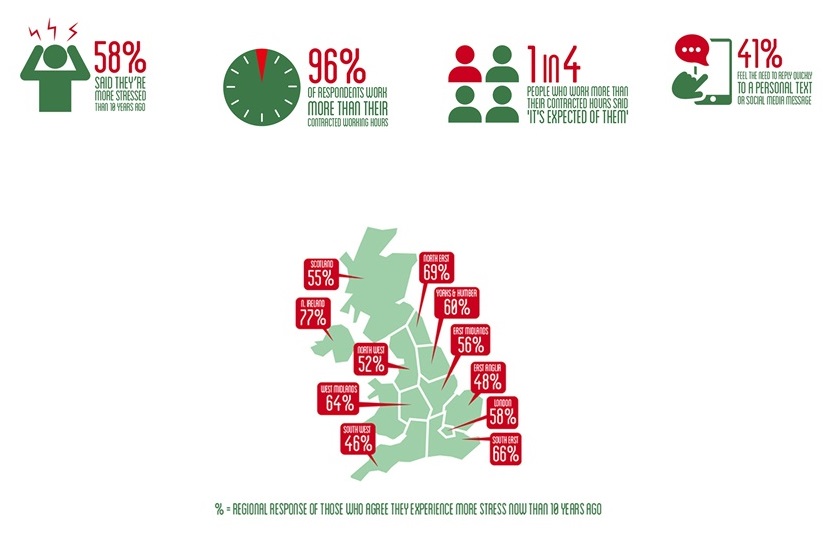