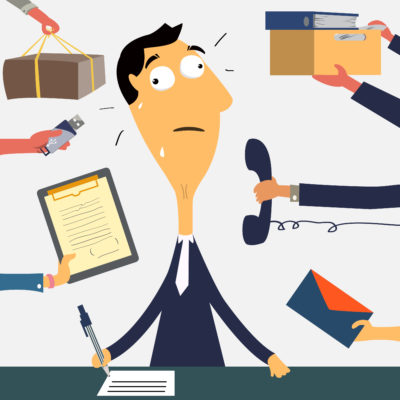 Mental health problems are increasing among the working age population as both work and non-work pressures increase. The number of working days lost due to common mental health problems has increased in recent years, from 11.8 million days in 2010 to 15.2 million in 2013. Over one-fifth[1] of City workers report suffering from depression, anxiety or other mental health conditions, with one-third reporting that their job causes them to be very stressed on a regular basis.

While public attitudes to mental health have improved, 49% of employees still feel uncomfortable talking to their employer about mental health issues[2] . However, with work-related stress overtaking back pain as the main reason for workplace absence, employers need to be more aware of their employees’ wellbeing. There is a clear financial case, as prevention and early identification of mental wellbeing problems could reduce the associated costs by at least 30%[3]. As explained by Gordon Tinline, Director at the workplace wellbeing consultancy Robertson Cooper, “There’s such a lot of evidence that if you get wellbeing right you really do get a return in classic business case terms”. Further, stress and depression can amount to a genuine disability. Employers are then obligated to make ‘reasonable adjustments’ to those who suffer from it and if done wrongly, can lead to claims that are potentially unlimited, says Paul Mander, Head of Employment at Pennington Manches LLP[4].

Many employers recognise the need to act on mental health, but feel ill equipped to do so. “The relationship between empowering leadership, good line management and mental health cannot be over-emphasised” says Dame Carol Black, the chairman of the Public Health Responsibility Deal’s Health at Work Network[5]. Conversely, as explained by Paul Barrett Head of Wellbeing at Bank Workers Charity, poor managerial behaviours have been identified as a major source of sickness absence, disengagement and stress[6].

Bank Workers Charity, in partnership with Mind, is currently running a pilot mental health training programme for line managers at four of the major banks.  “We’re excited about it”, says Paul Barrett, “Unlike so much training, this is not a one off intervention.”

“The programme unfolds over a 12 month period with a mix of face to face training and short digital modules. This approach makes it more likely that the learning will embed, and that the training will make a real difference to the way mental health is managed in the workplace”.

The training gives line managers an understanding of common mental health conditions so that they are better able to support the needs of employees experiencing mental health problems.  It also gives them the skills to have a difficult conversation around mental health with the sensitivity that’s needed, so that the employee experiences it in a positive way. “I think this practical focus is really important because so often these conversations aren’t managed well.  Employees end up feeling unsupported and often end up going off sick. Yet most of the time it’s not because the manager doesn’t care; it’s because they’re worried about what to say and how to say it and that’s what the training seeks to address”.

With many annual reports citing their people as their greatest asset, it has become imperative that employers begin to assess how their staff actually feel. Louise Aston, who leads BITC’s campaign[7] on mental health in the workplace, raises an important point: “I think we are reaching a tipping point. In five years’ time, as an employer, if you’re not seen as having a much more open culture around mental health, you’ll be seen as being totally out of touch.”

[7] Business In The Community