Everyone can potentially be affected by exploitation. We have a shared responsibility to build healthy and happy communities. City businesses are a key player in this partnership. 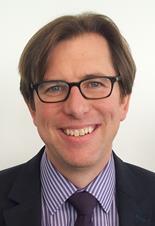 Today marks National Child Sexual Exploitation (CSE) Awareness Day so it seems an opportune moment to take stock of where we are in tackling this issue. It certainly makes for some uncomfortable reading that latest statistics show that, shockingly, in the UK one in 20 children are sexually abused and 90% of sexually abused children were abused by someone they know. Nationally, over 2,800 children were identified as needing protection from sexual abuse last year.

Here in the City of London, it’s true we have few reported cases of CSE. But that doesn’t mean we can be complacent and we’re far from it.

We’re absolutely committed to ensuring we have robust safeguarding arrangements in place. Ade Adetosoye, Director of the Department of Community and Children’s Services, talked about the City’s role in tackling exploitation within a broader sphere, looking at the threat posed by gangs and radicalisation as well as CSE.

Ade also talked about the role our partners play. I’d like to add to this and mention the likes of our Multi-Agency Sexual Exploitation Group which plays a pivotal role in sharing intelligence to help prevent and respond to instances of CSE in a timely way. And that’s not to forget the close cooperation between the City Corporation and the City Police where information sharing has become embedded in best practice.

It’s vital those within our City schools get involved too. We’ve been working with them to raise awareness of these issues, as well as with schools in other areas, and to help identify potentially vulnerable children who might be at risk of CSE through missing education.

If our professional partners learn to spot these signs, that will help to build stronger communities in the future. But even that doesn’t go far enough.

So what’s the next step? Well, we want to help our business community, along with the general public, to better understand the signs of exploitation, child sexual exploitation (CSE) in particular, and what they should do if they’re concerned.

Earlier this week, we launched our Spotting the Signs of Exploitation campaign. Running in partnership with the NSPCC, it’s aimed at the general public and it does what is says on the tin: highlighting the signs to watch out for and to call the NSPCC helpline on 0808 800 5000 with any concerns.

What messages do we want people to take away from the campaign? Some may surprise you. For example, CSE affects boys and young men as well as girls and young women while peer to peer abuse can be a common form.

Find out more about the campaign and support it via social media:  #spotthesigns